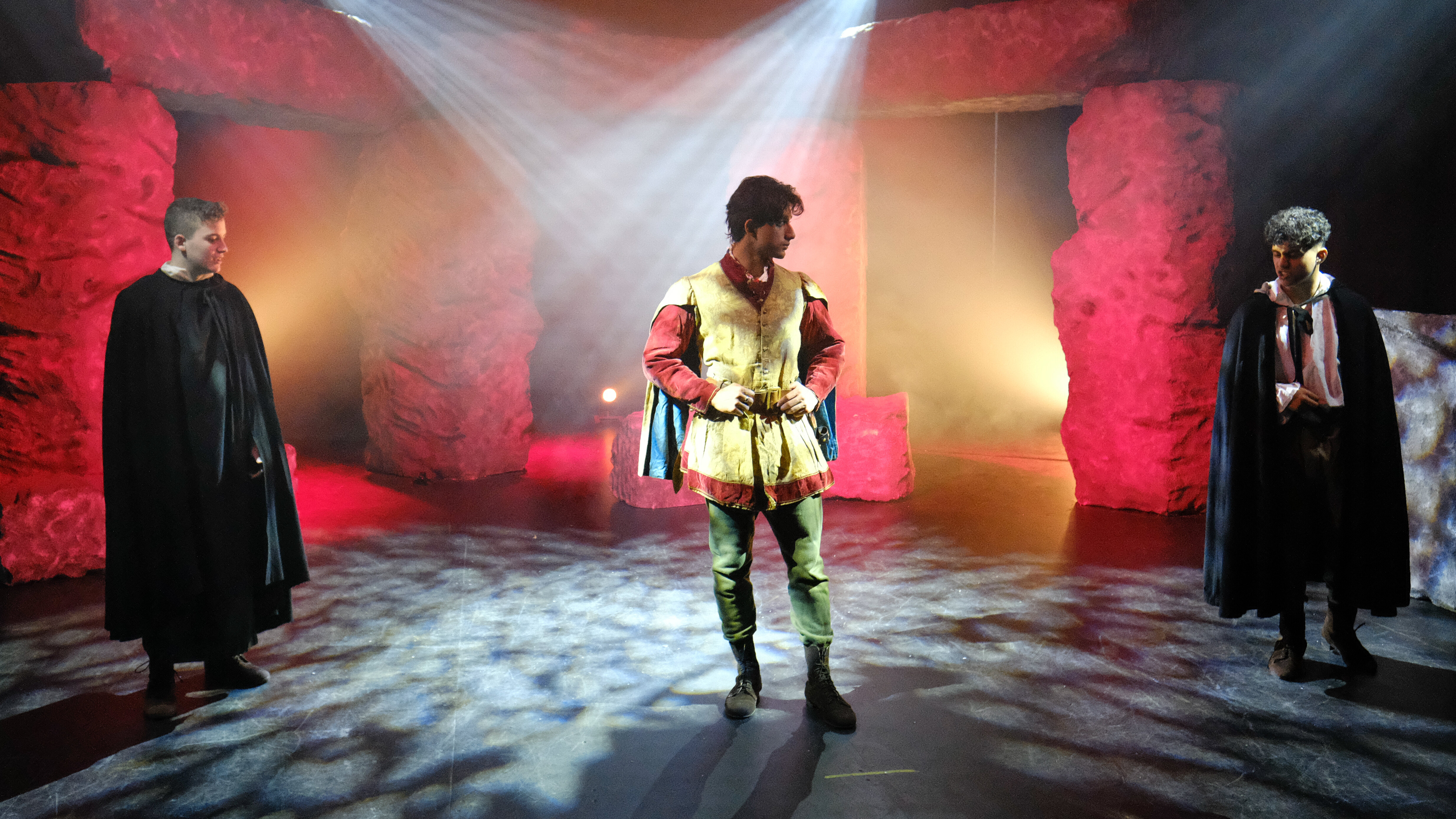 This term's School play has seen a return to traditional Drama in the form of Shakepeare's Macbeth. In an abridged version, our actors were skilfully directed by Miss Clarke and Mr Richardson. Some memorable performances were delivered against a stunning backdrop which can now be enjoyed again as the performance will now be available on YouTube from Friday 3rd to Monday 6th December.

A Macbeth Preview is available at: https://youtu.be/jUbQJMq-hns

While the whole performance will be at: https://youtu.be/x_voTOE1LaY

MTS enjoys an ongoing connection with the Bard as two OMTs, Thomas Jenkins and John Cottam taught Shakespeare in the 1570s and 80s. A formative influence on Jenkins and Cottam is very likely to have been Richard Mulcaster's system of teaching that recommended learning through drama, especially through acting. Jenkins and Cottam taught others in the way they themselves were taught, with acting and performance at the heart of learning.